Do you remember your first two syllable word? Unlikely. 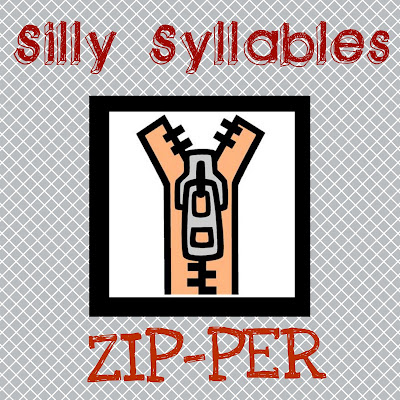 Three years ago I read that the most common two syllable word that's first spoken by children is story.

My first child had just been born so I mentioned the word story to her for the next two years. When she finally came up with her first two syllable word it was YouTube.

I did the same with my second child. It didn't take him as long to speak his first two syllable word but that turned out to be waffle.

I'm wondering how accurate that "most common" fact is...

A couple of days ago Costco had a bunch of citrus trees for sale. Costco never ceases to amaze me with what it will sell. I found a semi-dwarf navel orange among the collection and picked it up for $20. Today (25 September 2012) I planted it in my yard and hope to monitor its growth by keeping notes in my notebook (this blog). Here is the tree, dwarfed by the bushes around it. 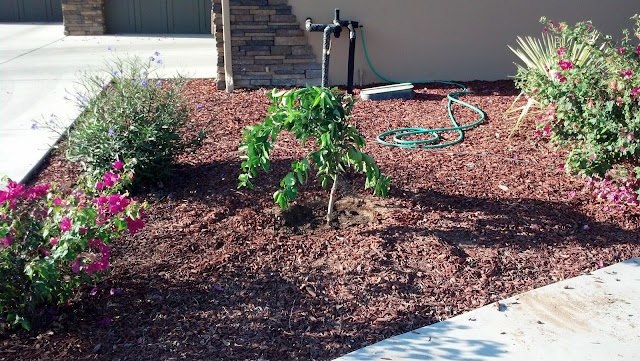 My favorite type of orange is a navel and as such I've always wanted one in the yard. I never considered that you couldn't grow a navel from seed but because they don't have seeds it should make sense that they have to be grafted. My tree is still small enough that you can see the graft on the tree and some paint markings showing the two different trees that have been joined together.

The red paint marks the part of the tree that became the root stock and part of this is also the node you can see above it. The blue paint shows the branch that was grafted on from another navel orange tree.

The info that comes with the tree states that this variety (Washington Navel) came from Brazil around 1870s. I'm guessing that it's going to be a few years before I see an orange. 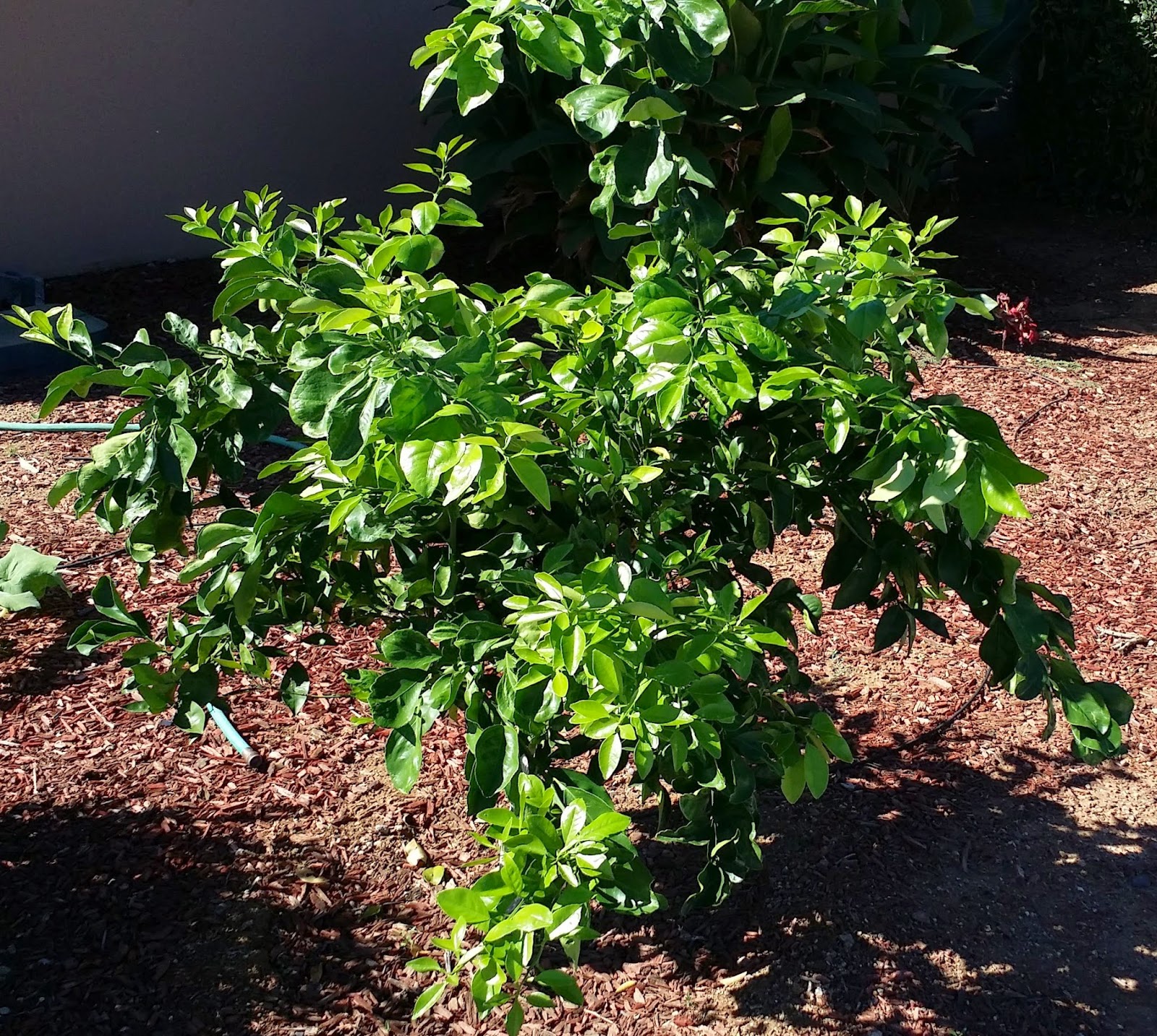 It's been 2 years since I planted this tree.

This spring it flowered and some fruit set. Nothing held although some of them grew to the size of small grapes.

Looking at the top photo of it I can see that it's grown a lot more than I thought it had. I've been fairly aggressive at cutting the branches that have been growing down to allow it to focus its energy in upward growth for now.