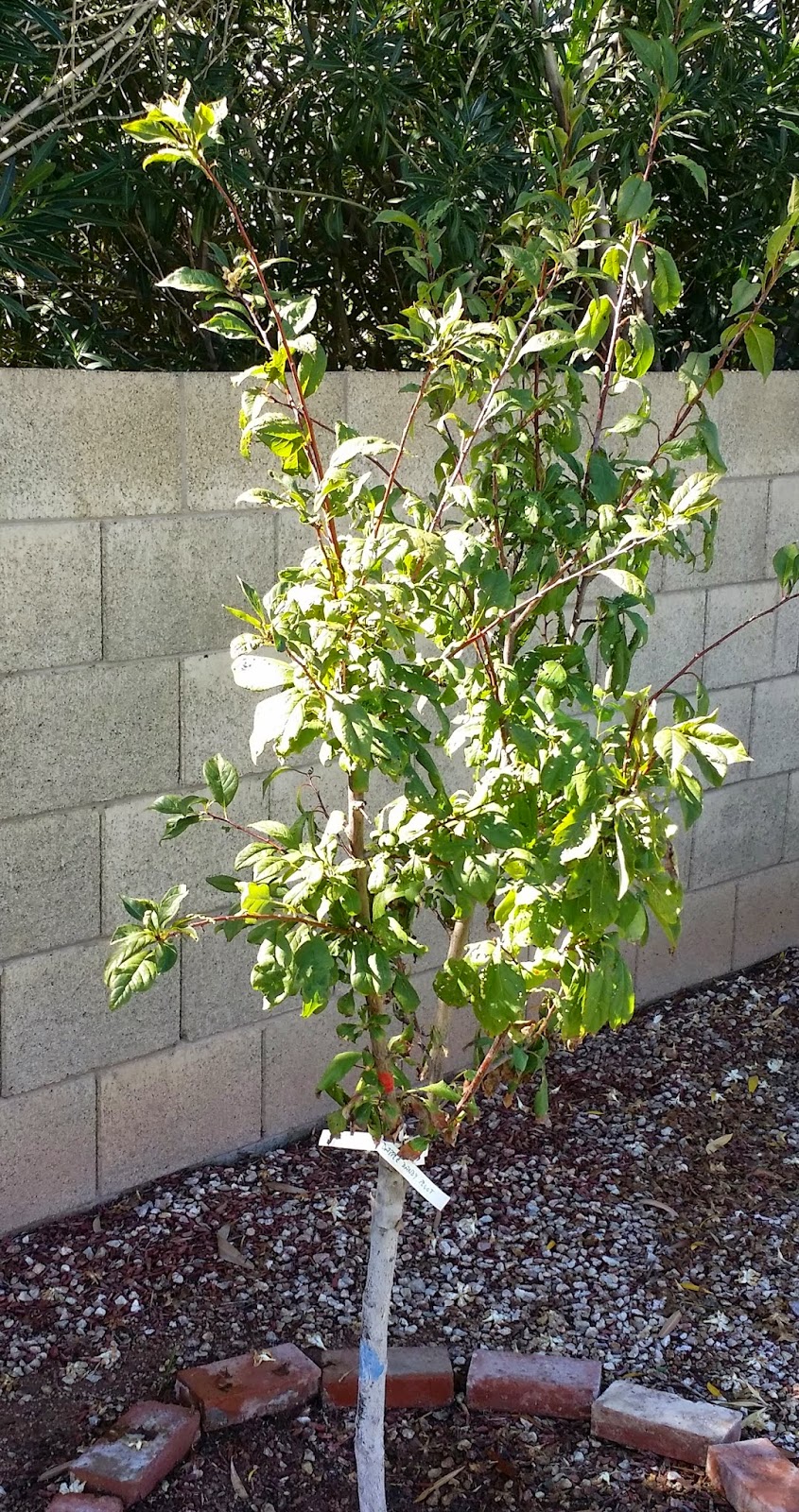 This is a pluot tree that I planted on 5 March 2014. It has three varieties of pluot on it:
It flowered and some fruit set. Only one of the pluots survived and it grew to the size of a ping pong ball and then one day mysteriously disappeared so I never got to try it.