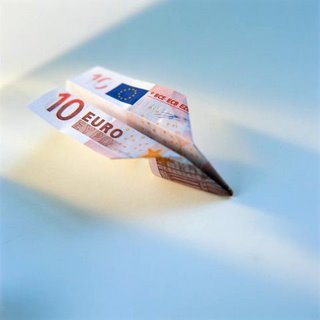 I have an idea about how to automate the pressing of the silent alarm when a bank robbery takes place without any of the bank staff having to actually take the risk of pressing the alarm.

I assume that bank robbers are always armed and one of the dangers of pressing the silent alarm when there's a bank robbery is that the robber(s) will see the bank employee do it and injure or kill the staff member. So the trick is to have the alarm automatically triggered without anyone having to touch anything.

Here is my amazing idea:

All of the employees wear heart-rate monitors which transmit their heart-rates via wireless technology to some monitoring equipment in the branch. The machine self-calibrates each employee to a heart-rate range. You can see where I'm going can't you?

If a gang of bank robbers storm the bank then everyone's heart-rates are going to go way above their normal range. The monitoring equipment would see this and automatically and immediately trigger the silent alarm.

So far so good. An employee's heart-rate jumps way out of the range and the alarm is tripped.

But there are problems with this. If we base the silent alarm auto-trigger on the rate of one employee then it may go off accidentally if an employee's heart-rate started racing for an innocent reason. Say the teller sees a customer that they thought was really hot and then started flirting with the customer. Heart-rates could race under this condition.

Okay, so we modify the system such that at least two employees need to have racing hearts to trigger the alarm. Again we hit another problem. What if two of the bank's employees slip into the bathroom together and have sex and forget to disable or remove their monitors? That would trigger the alarm - I'm guessing.

To combat that we could configure the system such that the majority of employees (or at least a large number relative to the number of employees that would be in the robbery vicinity) would have to have racing hearts to trigger the alarm.

That works but there is a type of bank robbery that this would fail on. I believe that many bank robberies involve a single robber approaching a single clerk with a gun and doing it very quietly without anyone else in the bank noticing.

To get around this you would probably need a hybrid system. If one person's heart started racing (especially someone who could be robbed like a teller) then other people in the bank would be alerted via a silent or other type of system. These people would be any security personnel, other tellers, and managers. A paging device would vibrate in their pockets letting them know which employee's heart was on the go. The employee's pager would not vibrate because the signal would not be transmitted to the source of the fast heart. That way the other personnel in the bank could look over in the direction of the high-heart-rate employee and take appropriate action if necessary. If the employee's spouse is there with a large expensive gift then no action necessary.

I think that I have improved the potential security of banks in high tech countries with a simple blog post. Unfortunately, I have not found a solution that will allow bank employees to slip into the toilets together and have sex while wearing their devices. My advice is just to take them off with your clothes before you do it.

They have "bait" money that is acutaly realy money tied to the silent alarm systems/camera systems. The teller pulls the bait money, puts it in the robbers bag and they dont know the alarm has been tripped. Also, most employees at desks have wireless alarms they press to activate the silent alarm/camera

You are correct but those still have problems. For example, if the teller can't get to the button to push it then the silent alarm is not activated while the robbery is taking place. The die packs that are placed with money only trigger when the robbers are leaving the bank through and electronic mechanism at the door. This renders the money unusable.

This idea that I have presented immediately and automatically triggers the alarm without any human intervention. It also triggers it at the beginning of the robbery giving the police more time to get to the bank and also enabling the alerting of security in other nearby offices or buildings that may be owned by the bank.

I think you've never worked in a bank before. Most successful bank robberies are committed by the tellers or other bank workers themselves. In one of the many branches I've worked in, one was especially slow, and all the tellers talked about was the best way to rob a bank. If you really want to discuss bank security, talk to the people on the front lines.

Correct - I have never worked in a bank before. However, there are other measures in place to prevent internal theft and fraud. Dye packs and CCTV is generally not intended for the employees but for armed robberies committed by outsiders.

Likewise, my thoughts when outlining this idea were the same. However, consider this. If an employee is going to embezzle or steal money from the bank then their heart rate is going to rise above normal.

In that case this method would also work for internal robberies. The heart-rate-monitor would also be able to pinpoint the time of day and date that the staff were doing something unusual in the bank - such as robbing it.

I think this is a great idea, Guy. I think you had an excellent argument against "Anonymous", who was just jealous he/she did not come up with the idea his/herself even after having worked at those "many" bank branches. Sorry this comment is way delayed, but I just came across it today.

Lets be honest, this is a terrible idea and an invasion of privacy.

Guy, I think that this is a wonderful idea. I am currently researching an innovation that I have to protect against theft. People are already using this technology for security purposes in their homes! It has not been introduced to the commercial market yet. If you are serious about pursing this, I suggest researching about silent alarms, wrist and alarm clocks. People who have medical issues usually have devices that wake them up with a vibration or even an electric shock! There are also burglar systems in homes that are sensitive to changes in the human body. I would go for it, the technology is already there if you can master the idea in a commercial atmosphere you may be on to something. Good luck!

Heart rate monitor this, sensor that, it's a silly and expensive idea that banks won't invest in simple as that especially when all you need is a foot activated silent alarm.

I'll leave you to figure out why people can't tell if your activating an alarm with you feet behind the counter.

First of all it's you're not your.

The problem with the foot activated alarm is that if it's in a convenient and easy location to activate then it's getting stepped on all the time and creates numerous false alarms. After you've accidentally cried wolf a few times nobody pays attention when you next activate it.

If it's place out of the way so you don't accidentally trigger it then it's obvious to a robber that you're moving into an unusual location to activate it and you may need to look down to find it.

This is a clever idea but the problem with this is inaccuracy. Let’s say there is 3 women and 1 male working the counter. An extremely hot guy comes in and all 3 women’s hearts are racing but the males. That would trigger the alarm right? How many hearts have to be racing for the alarm to go off? Let’s say that there are 3 people (gender nonspecific) working on a slow day, 1 is manning the counter, 2nd is doing some daily paper work in the back and the 3rd is in the bathroom when the bank is robbed, only 1 persons heart rate is going to go up because the other 2 has no idea what is going on. Also if someone is doing an inside job and their heart is racing because they are stealing from the bank the bank can’t prove anything, just that the person’s heart was above normal.
Like I said before, this is a great idea but too many flaws.

I came across this post while searching for information on silent alarms.

While your idea is a very good one, I'm afraid someone else thought of it before you made your post ... it is already patented and has been for quite some time.

What is the patent number?

I don't recall the actual patent number, but in the patent search, use the search phrase "Emergency Situation Detector"

Keep in mind that the actual scenario you describe, while not exactly the one described in the patent, is immaterial.

The patent specifically claims that the method can be used in other scenarios, and that the specific scenario used in the patent application is not the only one that is applicable.

This is not a patentable idea, at least the one that I have described is not patentable. The reason is that you are taking an existing device (heart rate monitor) and hooking it up to a central monitoring station just like in a hospital nurses station. So all of the equipment already exists (and may or may not have patents) and all I'm doing is changing the transmission method to wireless and adding some software rules to allow alerting of the appropriate personnel when a rate goes up. In a hospital the nurses would be alerted in the bank it would be security staff.

It was a patentable idea, because although the components required to provide this service did already exist (in one form or another), the PROCESS was original and therefore patentable.

For example, although heart monitors already existed (indeed, telemetry of a combination of biological inputs already existed - in the case of NASA monitoring astronauts in space), the process of using a COMBINATION of SIMULTANEOUS readings from MULTIPLE INDIVIDUALS to infer the presence of an emergency event not related to the individual health of the person being monitored was a patentable use for the existing equipment.

When I found the original patent, it was distressing that a modified filing (by the original inventor) had already embodied all variations that I could think of for this monitoring process, to the point where it would be a waste of time for me to attempt to patent any variation of this mechanism.