We planted this Fuji/Anna Espalier Apple Cocktail in our Orchard on 1/June/2013. Bought from Tropica Mango but originally grown by Dave Wilson Nursery. 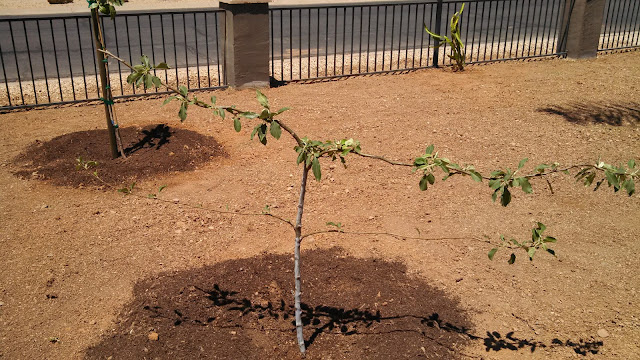 This is a cross of Ralls and Delicious made in Fujisaki, Japan in 1962.

The lower two branches of the tree are Fuji. From the label: Soon after the first US plantings began producing tin the 1980s, Fuji became California's favorite apple because of its unique combination of flavor, sweetness and crisp texture. Unattractive, dull reddish-orange skin, sometimes russetted. Excellent keeper. Excellent pollenizer for other apple varieties. Note: bud mutations of Fuji such as Red Fuji, selected for redder, more attractive skin color, do not necessarily have the same fresh-eating qualities as the original Fuji.

This is a cross of Red Hadassiya and Golden Delicious made in Israel in 1963.

The upper two, and healthier and more robust branches of the tree, are Anna. From the label: Best apple for mild winter climates of southwestern United States, such as southern California and Phoenix, Arizona. Also recommended as an early summer apple for moderate climates. Very large, with a red blush over light green to greenish-yellow skin. Sweet, flavorful, very good for fresh-eating or cooking. Keeps up to two months in refrigerator. Vigorous, heavy-bearing, heat-tolerant tree.

Harvesting season is late June to mid-July. Winter chilling requirement is 150 hours below 45 degrees. Self-fruitful or pollinated by Dorsett Golden or Einshemer.

At this point I confess my ignorance. Until I bought this tree and looked up what espalier is I had absolutely no idea. From the wikipedia page: Espalier is the horticultural and ancient agricultural practice of controlling woody plant growth originally for the production of fruit, by pruning and tying branches to a frame so that they grow into a flat plane, frequently in formal patterns, against a structure such as a wall, fence, or trellis, and also plants which have been shaped in this way.

As you can see, this apple cocktail has been grafted with four branches (two Anna and two Fuji) in a two dimensional plane which is what makes it an espalier cocktail. 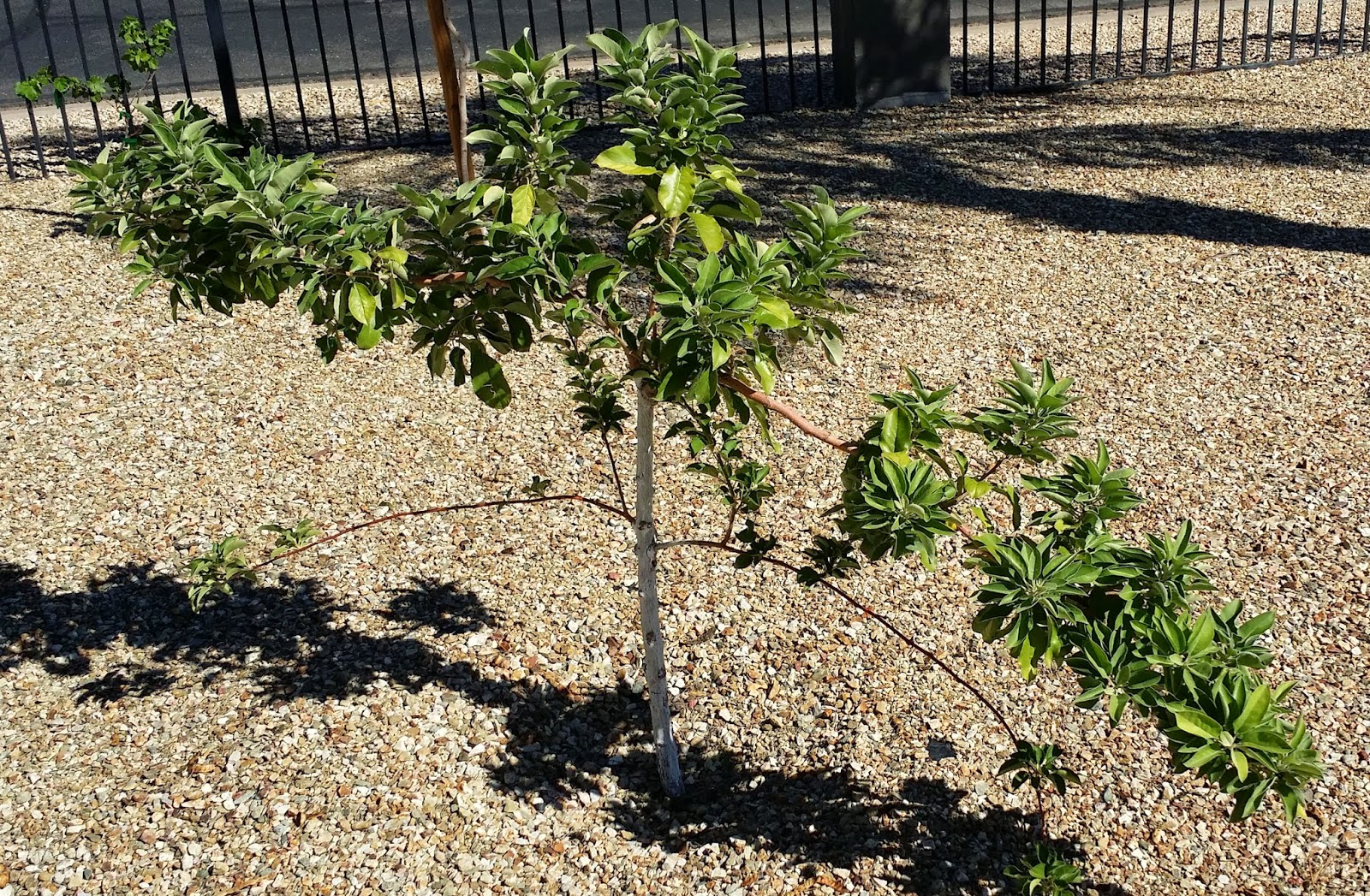 Sixteen months later the Anna apple grafts have done well, perhaps to the detriment of the Fuji grafts which are languishing.

In the early summer we had around 20 Anna apples set and grow on the tree. These were pecked at by the grackles. I managed to taste a couple of the still green small apples which tasted pretty good. Next year it should be fairly easy to net this tree against the birds.