We bought this semi-dwarf navel orange from Costco around September 2012 and planted it immediately. 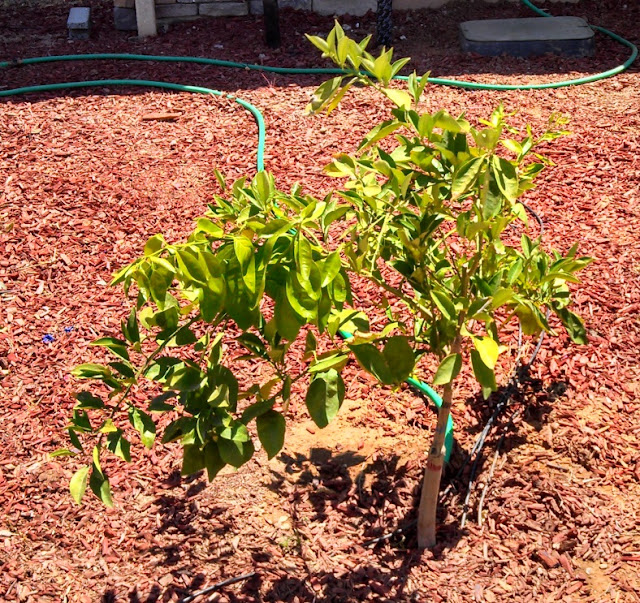 It remained green throughout the winter and has been getting plenty of water but doesn't seem to be making much progress. I was expecting it to have grown a bit more by now with all the sun and heat and water it's been getting but it still remains at about the same size.

Here is an image from around when it was planted taken on 25/September/2012 about 8 to 9 months ago. 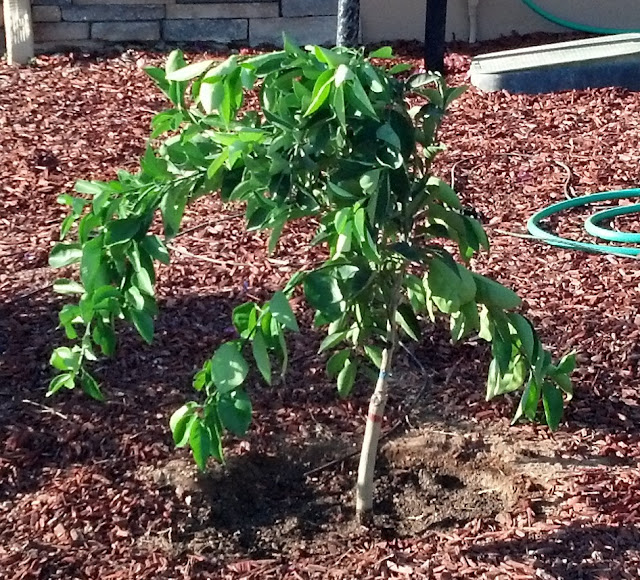