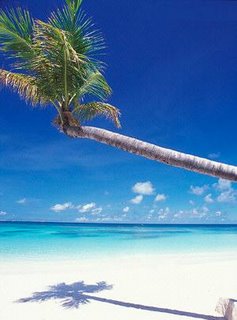 The Turks and Caicos islands lie east of Cuba and north of Haiti, are a UK overseas territory, and comprise 45 islands and cays. That's enough of the educational stuff. All of it is background that you don't need to know for what I'm about to say.

On a visit to the island of Providenciales I discovered a road called Sally Turn. An unusual name, but one that you could almost dismiss until you discover that the road's full name is Sally Turn Now, so the story goes.

Legend has it... Okay I'm going to come clean with you. There is no legend and no pirates and no buried treasure. This is just a simple story about how a road got its name.

Sally was (perhaps she still is) an American who came to the Turks and Caicos islands many years ago to work for someone. Everyday, on the way to work she would miss the turning and continue driving to the other side of the island and (1) get lost and (2) be late for work. Her employers, either as an act of philanthropy or good business sense put up a large sign along the road that Sally drove which said SALLY TURN NOW so that she knew where to turn.