When identity theft is good for you 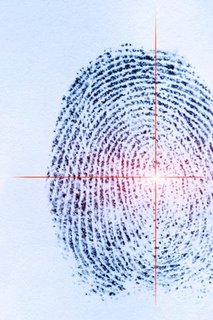 Identity theft being good for you? Unlikely, or so I thought until I became an avid watcher of the FBI Files.

If you're an FBI fugitive then one of the things that you want to do is to throw them off your scent. Send them in the wrong direction and cause general confusion. What better way than to have someone else assume your identity and have the FBI chase them instead.

As a fugitive you could expose your personal details in a lax manner on the net and hopefully a bunch of identity thieves will steal it and become the target of the FBI agents who are currently trying to track you down via the use of your credit cards etc.

If this is possible, then why am I publishing this information? Why am I potentially helping a fugitive?

Well the FBI always get their man, if the FBI Files are anything to go by. Sometimes it might take 8 or 12 years but once you're on the list you can consider yourself caught. This way, during the process, they also catch some identity thieves.

As double reverse psychology this will also deter identity thieves. The identity thief might think twice because what they think they are stealing is a plant by a fugitive. A bit like those wonderful scamming the scammer schemes.
Posted by Guy Ellis at 7/28/2006 10:25:00 PM